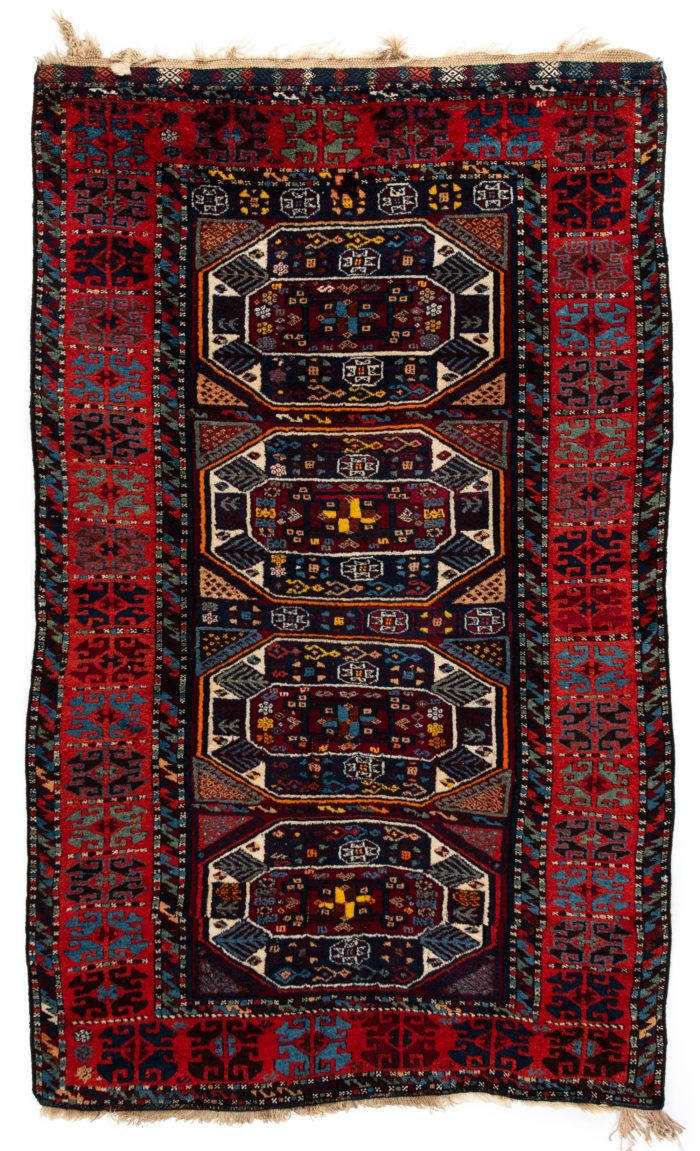 This antique tribal Yoruk rug was woven in the late 19th century in Southeastern Anatolia, the center of the Ottoman Empire during that time. Yoruk carpets represent a long traditional of fine textile manufacturing from tribal groups moving around the Anatolian peninsula (Yoruk is Turkish for nomad). Due to their wide-ranging territory, these carpets show influences from both the Caucasus and designs from more western Turkish weavings. Silky-smooth wool pile is one of the signatures of this group of rugs.

Ask About This Rug