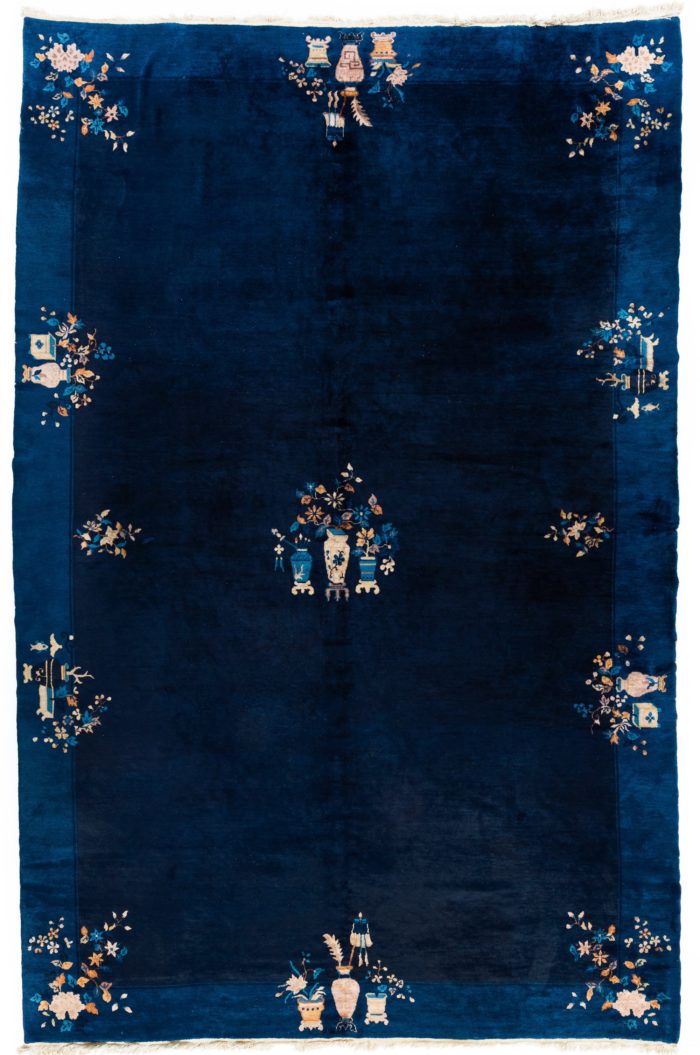 This art-deco style rug was woven in China in the first few decades of the 20th century. Rugs of this style began to usurp the more traditional Chinese designs during the 1910s and 20s. The influence of American investors and markets led to the injection of Western art-deco motifs alongside the imagery typical of earlier Chinese carpetry. The result was some of the most iconic and eye-catching carpets ever made. Done almost exclusively in bright jewel tones and often featuring nearly empty fields populated by Chinese imagery – flowers, mountains, butterflies or dragons, among others – and made with thick, luxurious wool piles, these pieces have become very collectible as their age nears the century mark. This particular piece features a navy field, unadorned but for a medallion-like arrangement of vases and flowers in the center. The blue border continues the motif of vases and flowers sparingly distributed around its extent.

Ask About This Rug